The Pyrenees are an ideal spot to hold large-scale events, taking advantage of the region’s climatic advantages and the quality of its athletic and tourism facilities.

The Pyrenees are an exceptional place to practice sports in an unbeatable natural setting.

Their appeal has not gone unnoticed by the organisers of various international competitions, which here have found an ideal spot to hold large-scale events, taking advantage of the region’s climatic advantages and the quality of its athletic and tourism facilities. 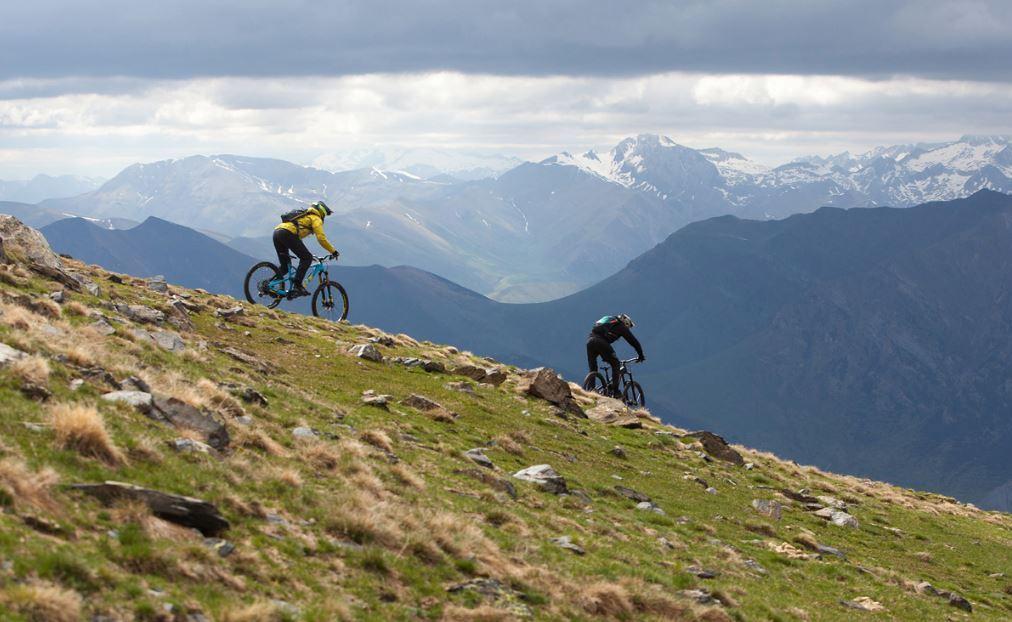 Pedals de Foc non stop (Val d’Aran). June.
Pedals de Foc Non Stop is the most challenging MBT ultramarathon in Europe and a pioneer on the Iberian Peninsula. The physical demand of the Non Stop version is maximum, 213 km long and with 6,200 metres of elevation gain, in a journey which follows the perimeter of Aigüestortes i Estany de Sant Maurici National Park.

Catalunya Bike Race (Cerdanya). October
Nearly 200 kilometres through the trails, paths and mountain passes of the county of Cerdanya, divided into four stages.

Marxa cicloturista tres Nacions  (Three Nations Touring Bike Race). (Cerdanya). June.
With its start in Cerdanya, it is the only circular race in the world which crosses three countries, giving each one a distinctive touch. It winds through the Catalan and French Pyrenees and Andorra, traversing mythical mountain passes.

Aixa Pirineu (Ripollès). June.
A trip through the Pyrenees of Girona with three routes of 150, 110 and 80 kilometres each, all with the same idea: to enjoy cycling in its maximum expression.

La Ruta Minera (Berguedà). June.
Bicycle touring event, held in Burgos, which mainly travels roads with very little vehicular traffic, ideal for the practice of cycling. It is a memorial to the men and women who worked in the mines of Alt Berguedà for more than a hundred years.

Cerdanya Cycling Tour (Cerdanya). July.
A noncompetitive race which circles the county of Cerdanya, starts and finishes in the town of Alp and allows its participants to discover some of the loveliest spots in the valley.

BUFF® 4 Cims (Berguedà). July.
Bicycle touring endurance race for authentic road bike lovers searching for an unusual challenge in an incomparable setting like the natural Pyrenean environment of the county of Berguedà.

Bonaigua Gran Fondo (Val d’Aran). October.
A noncompetitive ride along the roads around the Bonaigua mountain pass, starting and finishing in the city of Vielha, with a 110-kilometre journey and 3,190 metres of accumulated elevation gain.

Gran Fondo la Falla (Alta Ribagorça - Vall de Boí). September.
Bicycle touring race to get very familiar with the valley of Boí and the county of Alta Ribagorça, with a distance of 133 kilometres and 3,000 metres of elevation gain. Cyclists apprehensive of the longest distance can try La Mig Fons, which has a distance of 85 kilometres and a positive elevation gain of 1,700 metres.

La Baixa Cerdanya (Cerdanya). June.
One of the most demanding gravel bike events in the Pyrenees.
The route, between the Catalan and French counties, uncovers the hidden corners of spots like Guils de Cerdanya, Meranges, Bolvir or the Guils Fontanera resort to cross through the lands of Lleida in Éller and Ordèn.

Copa del Món de snowboard La Molina (Cerdanya)
La Molina brings together the best athletes in the world when it comes to manoeuvres and acrobatic exercises on a snowboard.

Dynafit Skimo Pirineus Challenge (Alta Ribagorça)
An event which promotes skimo practice in teams and with the family, in a safe and accessible environment, emphasizing training and dissemination of good practice in high mountains. For people who already practice skimo, as well as for those who are starting or want to start.

Ultra Cerdanya Bellver de Cerdanya (Cerdanya)
Race with three levels of difficulty and a category for the youngest runners in a gorgeous natural setting.

Els Bastions Sky Race Ribes de Freser (Ripollès)
Mountain races following a route that hits all the peaks of the valley of Ribes. Over the course of two days, five competitions with varying levels of difficulty are held in this Pyrenean expanse.

Milla Vertical. Running Vertical d’Àreu (Vertical Mile.Vertical Running of Àreu).  Àreu (Pallars Sobirà)
The Mecca of vertical races. The race begins at sunset down in the town, and the peak must be reached before the sun disappears behind it.

Trail Ulldeter Camprodon (Ripollès)
This race travels kilometres and kilometres of magic trails. From halfway up the mountain to the area’s most emblematic peaks at over 2,400 meters of altitude.

Trail Vielha-Molières 3010 Vielha (Vall d’Aran)
An authentic skyrunning race. Five peaks of over 2,000 meters are crowned in this high-mountain route.

UTMB Val d’Aran Vielha (Val d’Aran)
An ultra-trail through the peaks of Val d’Aran, included within the selective new Ultra-Trail World Tour circuit, created by the organisers of the Ultra-Trail du Mont-Blanc (UTMB).

Pyrennees Stage Run Ribes de Freser-Salardú
A race in seven stages, beginning in Ribes de Freser and ending in Salardú with two stages in Andorra, which provides the opportunity to cross a sector of the Pyrenees following the classic GR11.

Buff Mountain Festival Vall de Boí
Considered one of the most important mountain festivals in Europe, with races for all ages and various levels of difficulty.

Salomon Ultra Pirineu Bagà (El Berguedà)
They are five mountain competitions, including an ultra-distance, a marathon, a sky race and a half-marathon, which go through the Cadí-Moixeró Natural Park.

In the Catalan Pyrenees, you can alternate the practice of canoeing and rowing with adventure water sports like rafting and hydrospeed in the turbulent waters of rivers like the Noguera Pallaresa. And if you're more into rowing and canoe, you can intersperse training sessions in perfectly equipped facilities with breathless descents and the emotion of new experiences.