Pyrenees by the sea

Cap de Creus is the place where the Pyrenees finish, where the mighty mountain range sweeps down to the immensity of the Mediterranean Sea. This is the easternmost point of the Iberian Peninsula, a privileged spot for starting out on a journey from the rugged shoreline to unspoiled inland mountains, moving away from the bustle of the large coastal resorts and into fabulous landscapes with dormant volcanoes, medieval villages, lush forests, and impressive religious sanctuaries surrounded by peaks...

The adventure starts in the Eastern Pyrenees at Cap de Creus, a protected natural area that has not been affected by the expansion of tourism along the coast. The Cap de Creus lighthouse, perched on a rocky outpost surrounded by cliffs, offers fascinating vistas over sea and land. At night, two light signals are sent out every 10 seconds to guide boats lost off the coast. This is an ideal place to contemplate the sunrise, a unique, free show right here on our doorstep, and a charming incentive to go off and look for different ways to explore the surrounding area. Bathe in small coves of crystal-clear water, savour seafood gastronomy in the local taverns and restaurants, hike along the old coastal paths, stroll through the picture-postcard towns of Cadaqués and El Port de la Selva, or visit breathtaking Romanesque monasteries such as Sant Pere de Rodes. Some of the greatest 20th-century artists found inspiration here in Cap de Creus, such as the genial Salvador Dalí, whose memory is kept alive in Portlligat House-Museum, Púbol Castle, and Dalí Theatre-Museum in Figueres: three “musts” for visitors to this area. 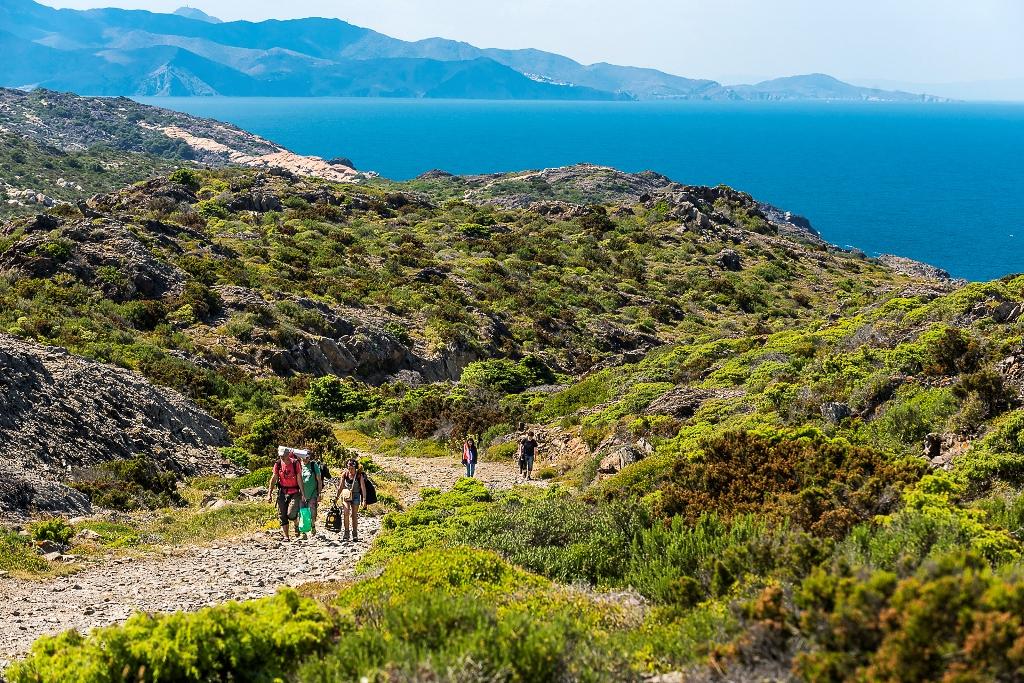 After the thrill of Cap de Creus, turn away from the coast and head inland in search of new experiences. Stop off in the picturesque town of Besalú, famous for its old Jewish mikveh (ritual bathhouse), one of the two existing in Spain (the other is in Girona) and among the most important of its kind in Europe. Cross the majestic medieval bridge, and stroll around the narrow cobbled streets, letting your imagination run free as you travel back in time to the Middle Ages. The spirit of the legendary Count Bernat de Tallaferro still seems to wander round the town! A glass of the traditional ratafia liqueur, and a taste of the high-quality local products (sausages, biscuits, and artisan chocolate) will snap you out of your reverie and bring you back to the 21st century. The old town centre maintains many emblematic medieval sites such as the above-mentioned Romanesque bridge, the Royal Curia, Plaça de la Llibertat, etc. 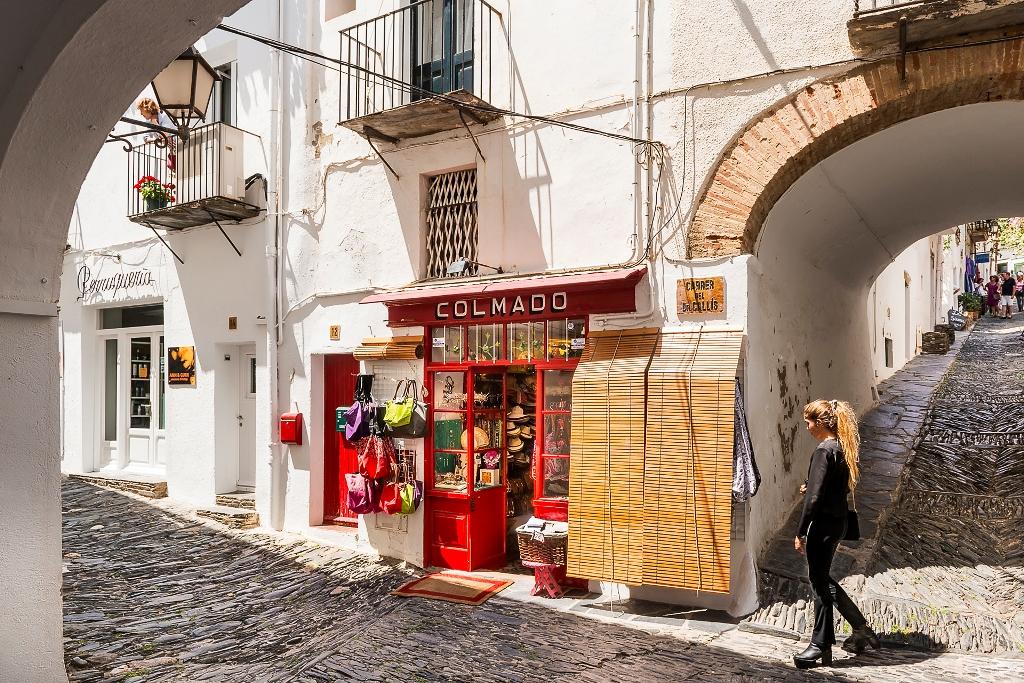 Continue the itinerary in search of new places to discover, until you come to the dormant volcanoes in Garrotxa County, the natural highlight of this area. Garrotxa Volcanic Area Natural Park is the most impressive volcanic landscape in the Iberian Peninsula, comprising over 40 volcanic cones, and some 20 lava flows. The fantastic colours and whimsical shapes left by the lava will delight everybody who comes here, either on foot, by bike, on horseback, or even in a hot-air balloon! Treat yourself to some surprising sights, such as Santa Margarida volcano (with a small hermitage in the centre of its crater), El Croscat volcano (with its impressive wedge-shaped gash enabling you to see inside), and the Fageda d’en Jordà (a beech wood growing on top of an old lava flow). 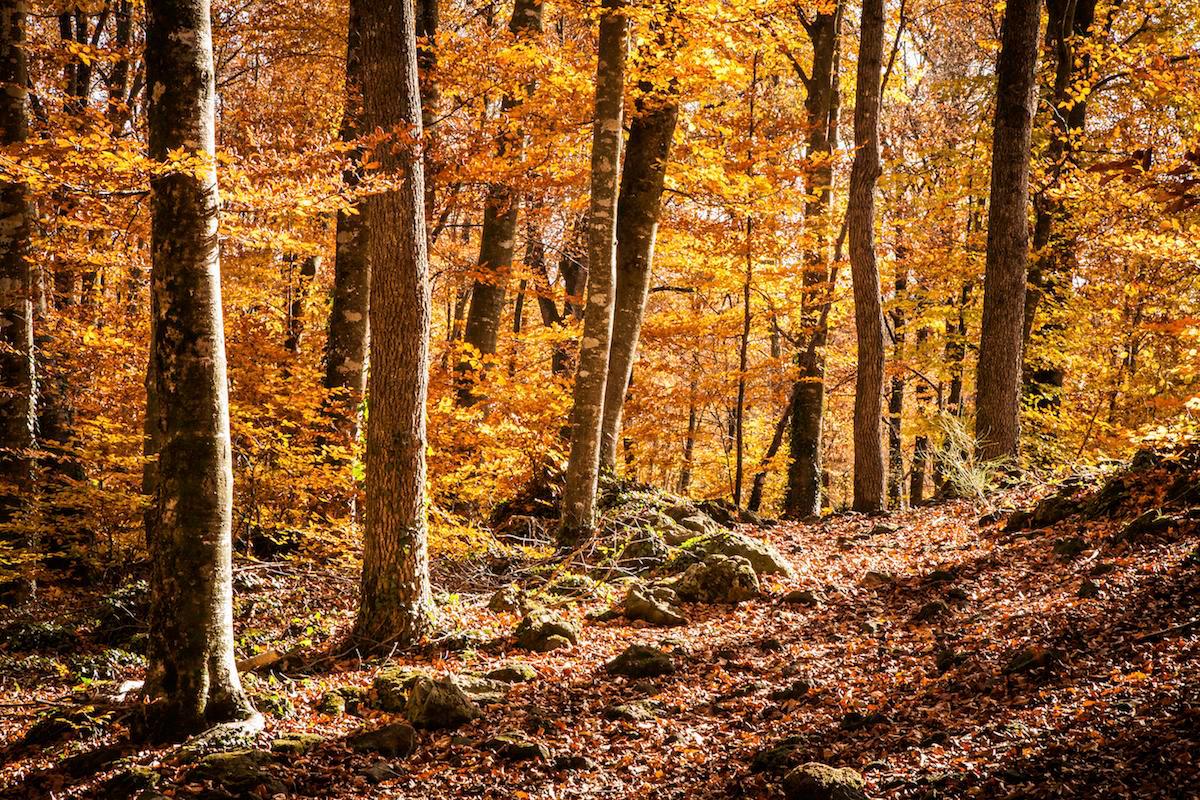 Leave the magical Garrotxa County and get ready for the next experience – at over 2,000 metres in altitude. Vall de Núria is one of the most popular landscapes in the Catalan Pyrenees. This natural and spiritual refuge is the site of the Sanctuary of Our Lady of Núria, and surrounded by mountains that are the source of numerous springs and torrents. Access is by a singular mode of transport: the rack railway train climbing 1,000 metres, offering spectacular views of high mountain landscapes through the windows on both sides. You get off the train at Núria, a mountain resort in a unique location full of history and tradition, and a world of possibilities awaits you: skiing, hiking, horse riding… It’s hard to know where to start! Imatges: