Is also known as the “Cairn of the Four Mayors” in reference to the fact that the municipal boundaries of four villages (Alp, Urús, Das and Bagà) converge at the summit.

La Molina and Masella ski resorts are located on the slopes of Tosa d’Alp; Niu d’Àliga (Eagle’s Nest) refuge is on the summit.

The ascent affords spectacular panoramic views over other legendary peaks and mountains in the area, such as Pedraforca Massif, and Ensija, Cadí and Moixeró mountain ranges. 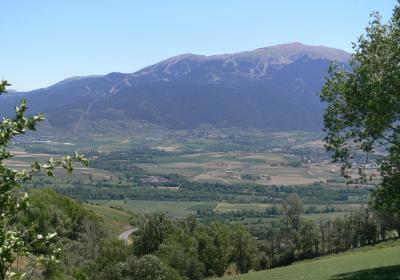