The church of Santa Maria d’Arties represents one of the jewels of Aranese Romanesque architecture.

The building has a basilica-like ground plan with three naves, originally headed by three apses, of which only the lateral two remain today. There are two access doors.

At the west end of the church, there is a 5-storey belfry with a pointed roof; the style contains both Romanesque and Gothic elements, which means that it was probably built in the 13th-14th centuries.

The Gothic features of Santa Maria d’Arties include the magnificent murals on the presbytery ceiling and the 15th-century altarpiece with biblical scenes depicting the Virgin Mary, a masterpiece of Gothic painting that has recently been restored by the Conservation Service of Moveable Cultural Heritage of Sant Cugat. 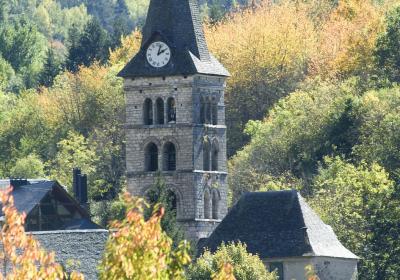 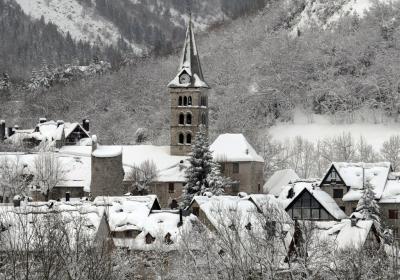