All the thrills of the mountains

In the words of Catalan poet Miquel Martí i Pol, “living is fighting against laziness”. This is easy to do in the Catalan Pyrenees.

Spend a magical night at a traditional village festival, enjoy the thrills of white-water sports, walk along one of the few unspoiled canyons in Catalonia, or hike through spectacular landscapes!

It is midnight in a remote hamlet in the Pyrenees, with all the lights turned off. Suddenly, a procession of men bearing burning branches or saplings (falles) starts to zigzag down the mountain towards the village. The summer solstice and the arrival of the good weather are celebrated in many such places with a ritual torch lit descent from the mountains.

Local youths climb up to a spot in the mountains where a pine tree had been previously planted, set the falles ablaze, and start the descent. On reaching the village, they light a huge bonfire to the accompaniment of music, folk dances, and general carousing. The age-old ritual, first documented in the 11th century, is associated with an ancient sun-worshipping cult, and the tradition of thanking the gods for plentiful harvests and the arrival of the summer. Join in the fun and enjoy a magic night of fire, music, and merrymaking.

The following day, you will feel tired but happy after experiencing one of the Pyrenean Fire Festivals, listed as UNESCO Masterpieces of the Oral and Intangible Heritage of Humanity in November 2015. Most of these festivals are held in summer, such as the torch lit descents in Durro, Senet, Vilaller, El Pont de Suert, Barruera, Boí, Erill la Vall and Taüll (Alta Ribagorça County). Similar events take place in Isil (Pallars Sobirà County), in Andorra, and at the Taro festival in Arties and the Haro festival in Les (both in Val d’Aran). The Fia-Faia festivals in Bagà and Sant Julià de Cerdanyola (in Berguedà County) are held on Christmas Eve. 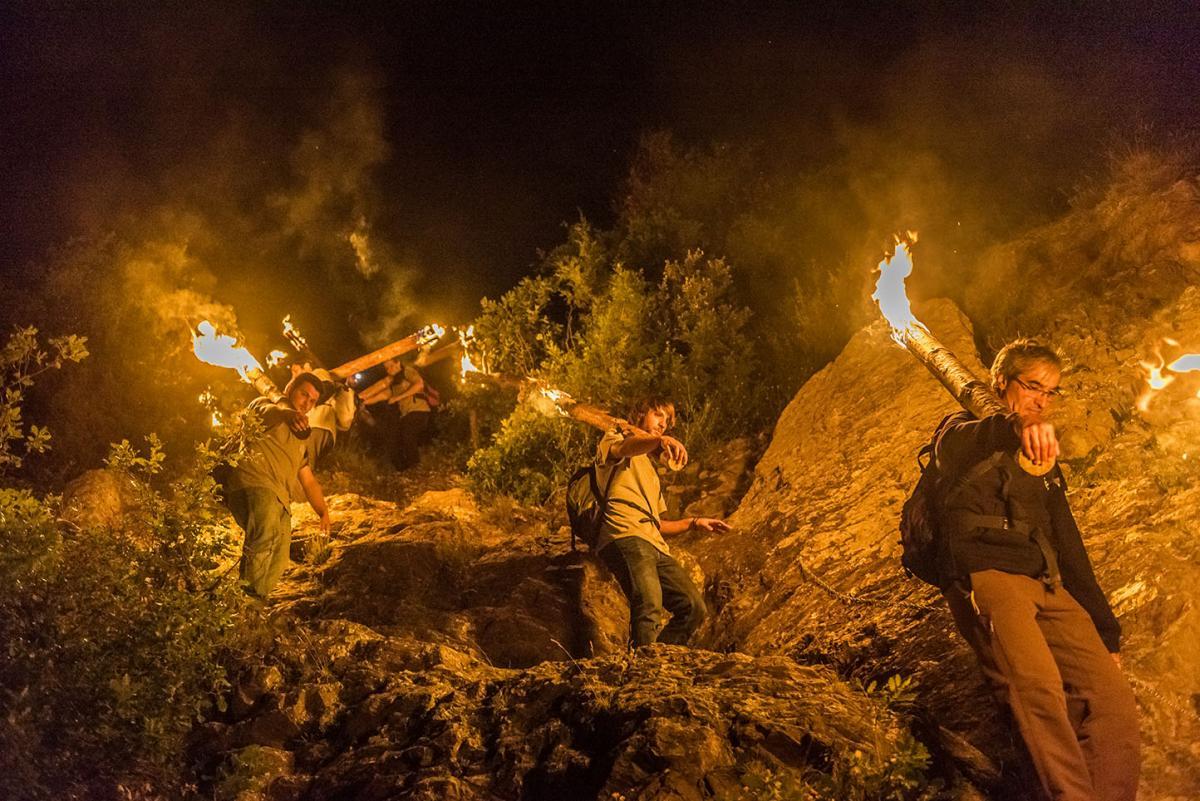 Carpe diem is a Latin expression meaning “seize the day” or “enjoy the small pleasures of life and forget about the uncertain future”. Take this advice to heart and seize the opportunity for a wonderful adventure on the River Noguera Pallaresa, one of the best rivers in Europe for white-water sports. Rafting (shooting the rapids on an inflatable raft) may seem a bit risky at first, but there is actually no danger involved. A helmet, wetsuit, and life jacket must be worn and the monitors will only allow you to go when the river is perfectly safe. The adrenaline-fired descent is full of thrills, unexpected turns, and the occasional tumble into the river: a good therapy for boredom! 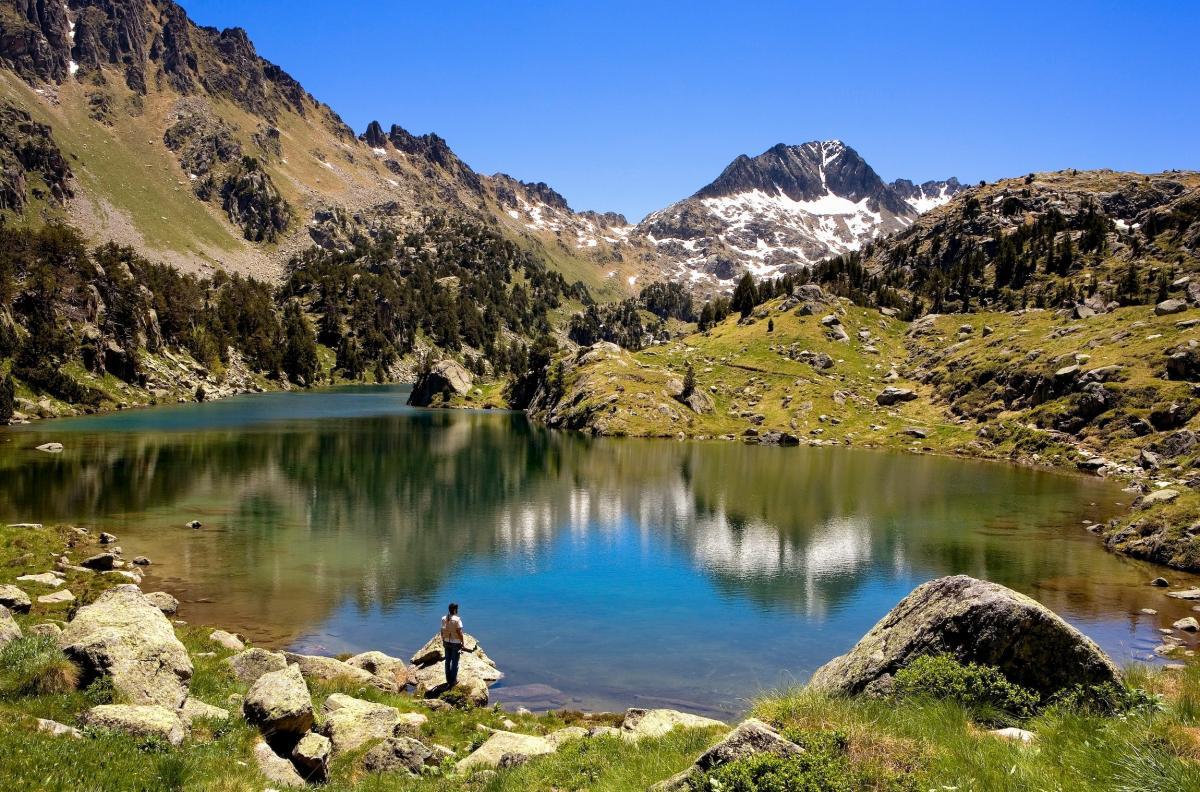 Another day is needed to enjoy an impressive, vertiginous hike through Mont-rebei Canyon. Put on your heavy-duty boots and hike along a track carved into a gigantic vertical rock face at an altitude of over 500 metres, in one of the few unspoiled places of its kind in Catalonia. Walk to the sound of your own footsteps through a breathtaking landscape, in total communion with nature, and let all your troubles fade away. The route ends at La Pertusa hermitage perched on a cliff top with superb views of the canyon and Camarasa Reservoir below. The best part of a trip is said to be the journey, not the destination; on this trip, both journey and destination are astounding. 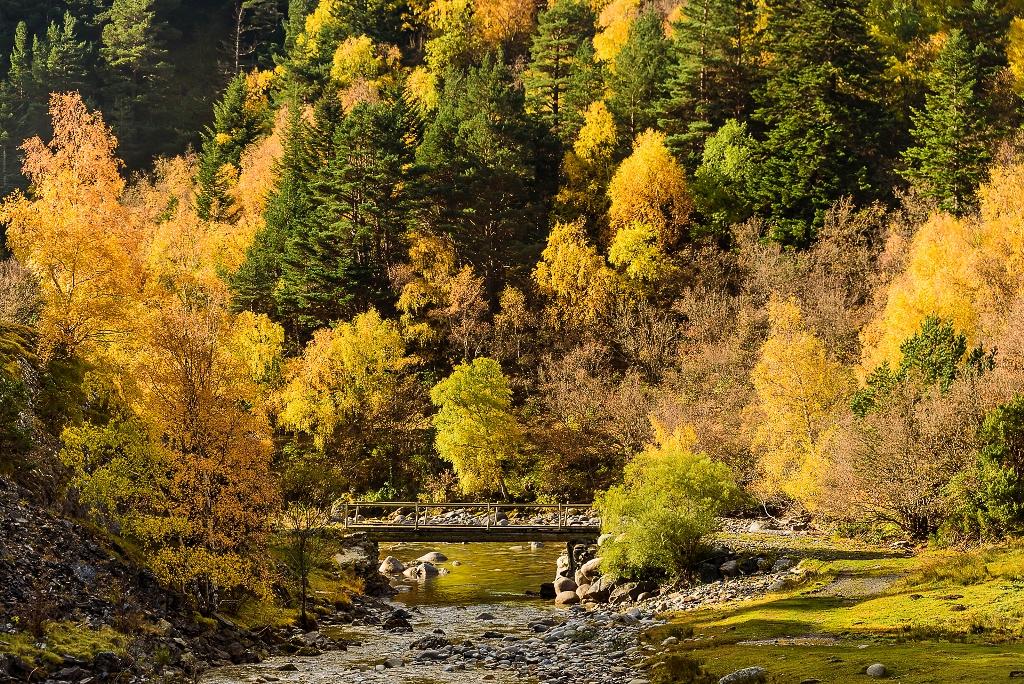 The next stop on your Pyrenean adventure is Aigüestortes i Estany de Sant Maurici National Park, a huge protected space that best represents the high mountain landscapes of Catalonia. Walk around and enjoy nature, with no limits other than those you choose. You have almost 15,000 hectares of peaks, rivers, waterfalls and lakes to discover, and many different ways of doing so: alone, with a Park guide, on snowshoes in winter and so on. Wherever you look, you will be fascinated. Wherever you go, you will be moved by the experience. Sleeping in a refuge, strolling through a forest of fir trees, watching a marmot or a Pyrenean chamois, climbing 3,000-metre peaks, enjoying a picnic beside the lake, or simply breathing in the pure mountain air... it is easy to fight against laziness in a place like this.

Finally, put on your mountain boots and explore some of the many hiking routes in Val d’Aran County. Eth Setau Sagèth is a 103-km high-mountain circular route in five stages, beginning and ending in Vielha. Learn about the history of the county as you hike through its villages, valleys and mountain passes, following the footsteps of the miners, transhumance shepherds, and mule-back peddlers who plied their trades along these tracks in times gone by.