This event held on the evening of 24 December in the villages of Bagà and Sant Julià de Cerdanyola consists of burning torches called “faies”. The festival originated in pre-Christian times as a winter solstice celebration, or ritualised prayer request for the days to lengthen.

The festival starts on a mountaintop at sunset with the lighting of a small bonfire. Torches are then lit and carried down to the village square, where the fire is passed to other torches held by the waiting villagers.

Once all the torches are burning, the people chant “Fia-faia, fia-faia, unto us a Child is born”. As the torches burn out, they are thrown into the middle of the square for people to jump over and dance around. The church bells ring out during the burning of the torches, with music added in recent years. 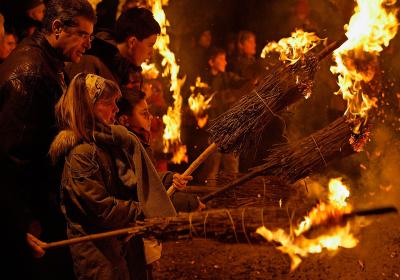 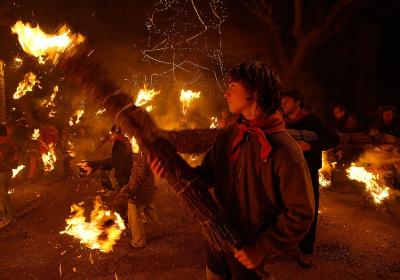