We go over the hill of Toralles and walk along Bac valley to Sant Pau de Segúries, in the district of Ripollès.

During this stage of the Transversal GR 1 route you follow the crystalline waters of the stream of Oix and tackle the hill of Toralles, the point where you leave behind the “land that is tough and hard to walk through” which define the Alta Garrotxa. This stage makes it possible to discover the beautiful Bac valley, which stands out for its pretty woods and several Romanesque hermitages. The stage finishes in the town of Sant Pau de Segúries, located on the bank of the river Ter, in the district of Ripollès.

Considerable. Due to the length and ascent to overcome.

We recommend to carry water from Oix: during periods of drought it is possible that the fountains found along the route will be dry.

You begin the sixth stage of the GR 1 route in the town of (1) Oix (0:00h - 416m). Exiting Plaza Major in the town, you follow the white and red signs of the GR. You walk westwards along a path that leads to behind the Soleia d'Oix camp site. You then join up with another path, and walk past the house of La Rodeja. On your right hand side, you go past the path that leads to the country house of Costejà and continue on, in a clear westward direction, up the valley of the Oix stream. You will see the odd flock of sheep grazing in the meadows that you find along the path, despite the notable abandonment of livestock and farming activity that the area underwent during the last century, which has encouraged the spread of woodland.

You follow the course of the Oix stream, which remains hidden on your left. During this stage, you can enjoy marvellous view of the peak of Montmajor (1.074m), just up ahead, and Montpetit (901m), to its left. You cross the Oix stream, which forms small puddles of blue and transparent water, and continue along the path, which now turns south, and goes past the stream. You climb, doing the odd loop and reach the Pla de la Costa and (2) Toralles (1:35h - 620m), a crossroads located between Montpetit and Montmajor. You leave behind the path that leads to the Romanesque hermitage of Sant Martí de Toralles and continue along the crest of the mountain of Sant Isidre, crossing a sensational mountain holm oak grove, until you reach the (3) hill of Toralles of hill of Reverter (2:15 - 732m). You will find yourself in a spectacular place, in a little clearing in the middle of the wood. Mountain holm oak groves are the most prevalent type of forests in Garrotxa, where the majority of holm oak groves, such as the one on the mountain of Sant Isidre, are regrown groves, reminders of an era when coaling was one of the most important activities for inhabitants of this area.

From the hill, you now begin a sharp descent down the shaded slope of Serrat dels Boixos. You join up with a path and continue downwards to the old (4) Hostal de la Vall del Bac (2:40h - 575m), which is currently closed. This old Hostal is located at a strategic point, where several historical and livestock paths converge, for example the GR 83 or Camí del Nord, a long distance route that joins Mataró with the town of Prada de Conflent in North Catolina. It is a reminder of one of the routes most used during the exile of Republicans at the end of the Spanish Civil War.

You leave behind this junction of paths and continue the stage heading southwest, along a path that climbs up to the small village of (5) Llongarriu (3:00 - 678m), where you will find the Romanesque hermitage of Santa Maria de Llongarriu. You keep climbing, now along a path, to the (6) hill of Les Tòfones (3:20 - 719m). At this point you begin to flank the mountain of Malforat on its shaded slope, until you reach the (7) hermitage of Santa Magdalena del Coll (4:10 - 766m). You leave the hermitage behind and continue walking west until the (8) stream of the Bac valley (4:35 - 665m).

You cross the stream and climb a path until you come out on the track that links Sant Pau de Segúries and the Hostal de la Vall del Bac. You continue along this track until the (10) Mas de l'Om (5:10 - 760m), a restored country house that currently operates as a rural tourism destination. You leave the track for a moment and take a path that goes up the mountain. You get back on the track and head into the district of Ripollès. You reach a height of 950m of altitude close to the rural tourism house of Mariner and to the hermitage of Mare de Déu del Roser. You descend through the fields of Planes del Mariner and enter the town of (12) Sant Pau de Segúries (6:30h - 890m), the end point of this beautiful stage.

The crystalline waters of the fantastic Oix stream.

The sensational contrast of colours between the shade of the Malforat mountain, with its red pine and deciduous forests, and the sunny side of the Bas valley, where there is a prevalence of holm oaks and oak groves.

The Hostal de la Vall del Bac was one of the most important inns in Garrotxa? It was an essential stop for traders, muleteers and breeders, who travelled between Olot and Besalú and the valley of Camprodon.

Discovering Bac valley, a place of great historical significance where the old royal path of Bac valley ran through, it formed part of the old path that joined the counties of Besalú and Cerdanya, passing through Camprodon.

At the Hostal de la Vall del Bac you cross the GR 83 or Camí del Nord, which joins up Mataró and Prada de Conflent in 10 stages. 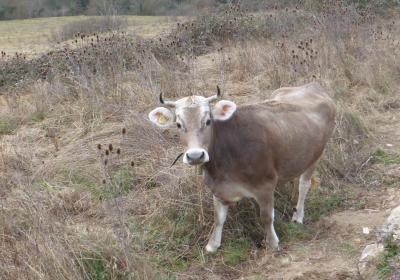 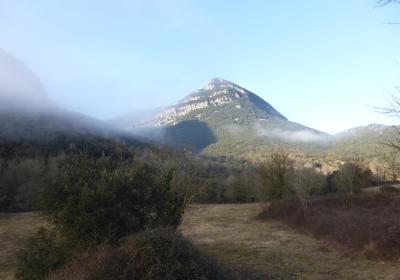 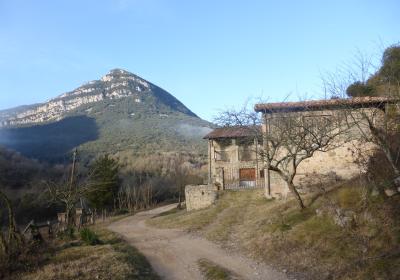 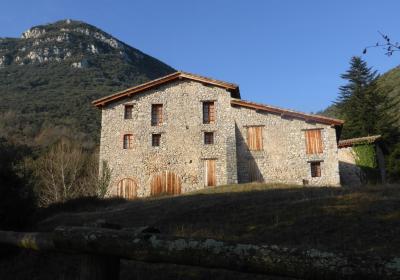 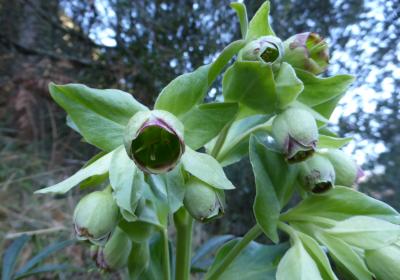 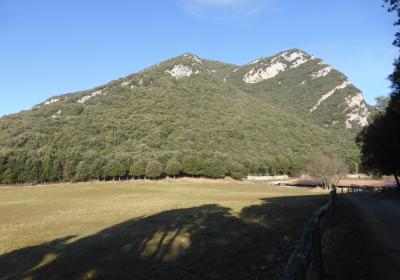 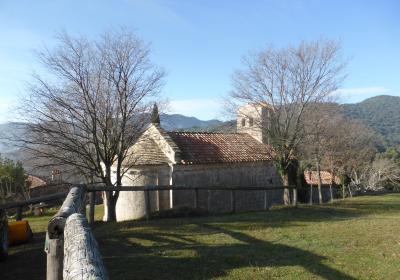 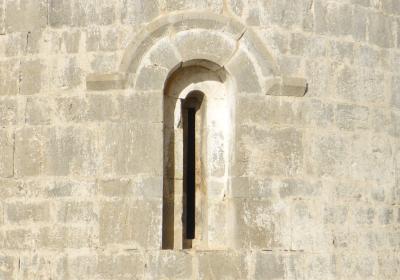 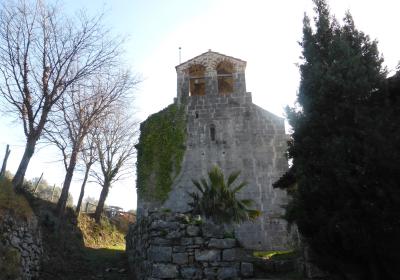 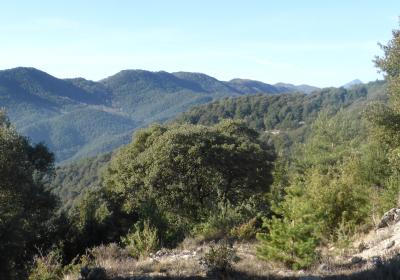 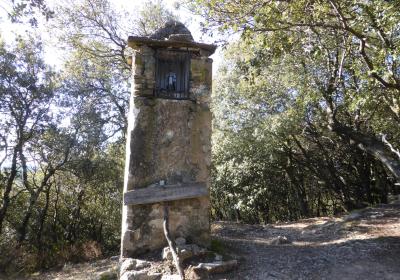 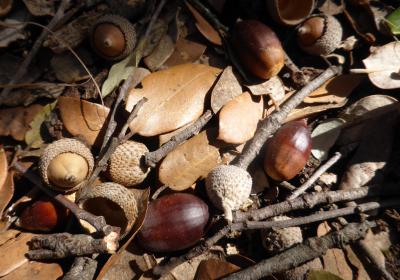 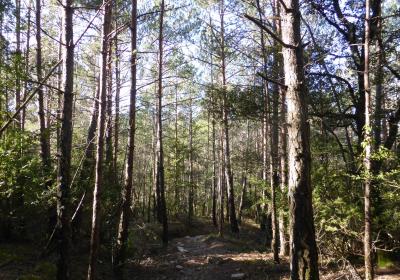 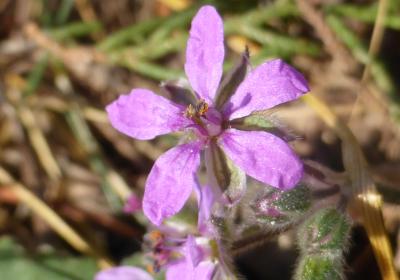 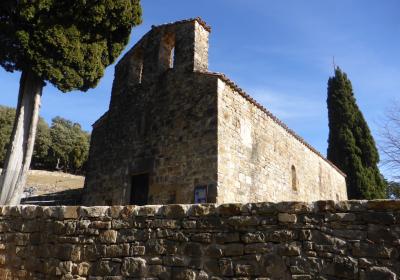 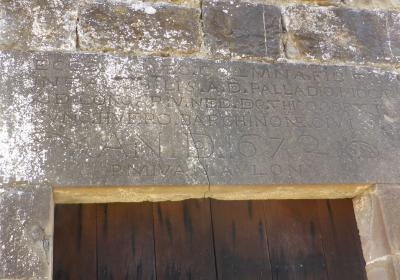 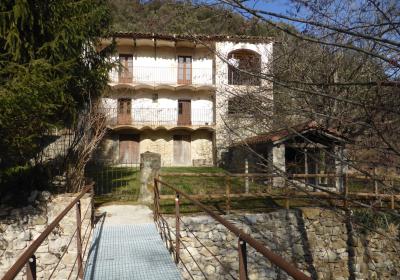 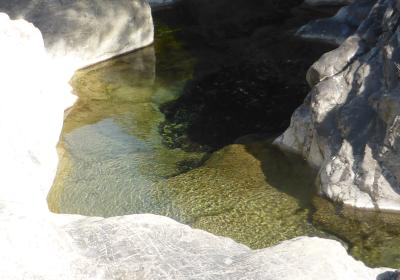 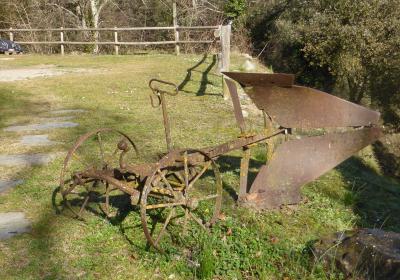