You walk down the southern slope of the Cavallera mountain and arrive at the historic town of Ripoll.

The eighth stage of the Transversal GR 1 route joins two of the most important towns of the valley of the river Ter as it passes through Ripollès: Sant Joan de les Abadesses and Ripoll. During the first half of the stage you leave the valley floor and walk among the southern foothills of the Cavallera mountain, among extensive forests of red pine trees. The second half of the stage is undertaken along a path that runs parallel to the Ter and the road. During this stretch you will once again come across farming landscapes of the banks of the Ter river, and be reminded of its industrial past, with the old textile colonies. The stage finishes in Ripoll, the birthplace of Catalonia.

Average. Due to the difficulty and ascent to overcome.

All services are covered in Ripoll (accommodation, shops, supermarkets, restaurants...).

You begin the eighth stage of the GR 1 route in the Pont Vell of (1) Sant Joan de les Abadesses (0:00 - 769m). This bridge dates from the 12th century, although it was subsequently rebuilt, in the 15th century, after an earthquake affected the original bridge. Pont Vell de Sant Joan is the Gothic bridge with the greatest span (length between the supports) in the entire Iberian Peninsula. Right at the point where you begin this stage you will find a fountain with five spouts -Les Cinc Fonts-. A sign warns that the water from the fountain is not drinkable.

You leave Sant Joan de les Abadesses via the C-26 road heading towards Ripoll (W). Just after you cross a stream, and when the road turns towards the left, you keep going straight up along a track (W). You cross the green track of the Ruta del Ferro i el Carbó railway and keep climbing until house of (2) La Tolosa (0:20 - 810m). You leave behind the open spaces and head into an area of forest. You follow the stream in La Ginebrosa before crossing it and continuing up until you reach a hill. You ignore the path on your left that leads to Can Sau and descend to the stream of La Pudorand (3) Mas El Cortal (0:55 - 840m). You go up a path until you reach the top of the hill and then turn right (N). You will soon come to a path crossing: you have reached the (4) hill of Can Roca (1:15 - 950m), the highest point of the day.

On this hill you leave the GR 3 -which climbs towards Santa Maria de Vidabona and continues towards Campdevànol- and take the path on the left that takes you on a gentle descent down to the hill of Can Boixerol. The path goes down the shaded slope of the valley. You go along the side of Can Dosdies and continue the descent. At a bend you leave behind the path (right) and follow the white and red marks of the GR, which will take you to a path that emerges on the left (S). You follow this path, cross the (5) stream of Ribamala (2:00 - 753m) and come out onto a path. Continue in a clear southern direction, following the stream of Ribamala to the C-26 road. A few metres before reaching the road you turn right and walk along a fire breaker clearing until (6) Hostal Rama (2:20 - 732m).

From here you continue on parallel to the main road. You go past several detours and cross the (7) canal of Can Guetes (2:40 - 716m). You undertake a little stage along the hard shoulder of the road until you reach a roundabout. At this roundabout you take a path that heads off on the right and leads you to Mas d'en Bosc. You continue along a path that runs parallel to the road and pass the Colònia Malpàs. From here, now in an urban area, you enter the historic city of (8) Ripoll (3:25 - 686m), the finishing point of this stage.

The landscapes of the valley of the Ter river and the views of the Cavallera mountain.

Visiting the monastery of Santa Maria de Ripoll and admiring its monumental portico, a masterpiece of Catalan Romanesque architecture.

The monastery of Santa Maria de Ripoll was founded by the count Guifré el Pelos at the end of the 9th century in order to repopulate Ripoll following the battles against the Saracens? During the Middle Ages this monastery became one of the most important cultural centres in Europe. The remains of Guifré el Pelós, Ramon Berenguer III and Ramon Berenguer IV are buried in the monastery.

A visit to the old quarter of Ripoll. In addition to the monumental monastery, Ripoll is a city full of history and vitality that is really worth discovering. La Farga Palau and the Museum of Ripoll are two very interesting places, but above all, it is really recommendable to go for a stroll and get lost among the narrow streets of the old quarter.

From Sant Joan de les Abadesses to the hill of Can Roca, the GR 1 route coincides with the GR 3 trail (Central Path of Catalonia). 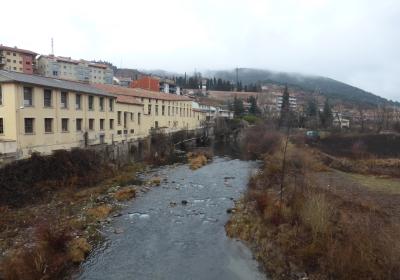 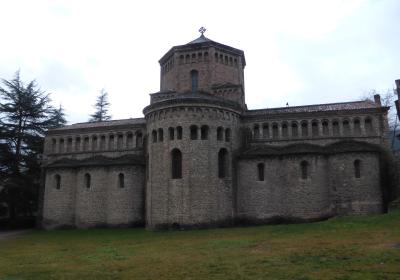 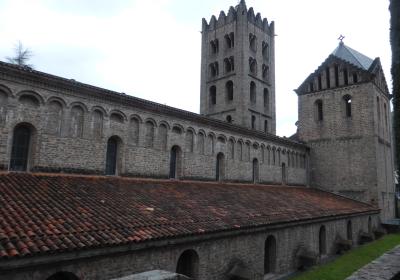 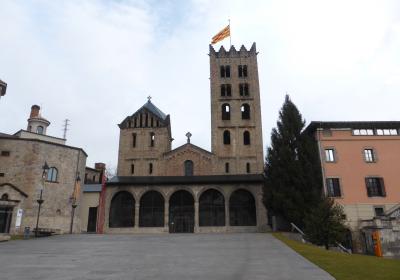 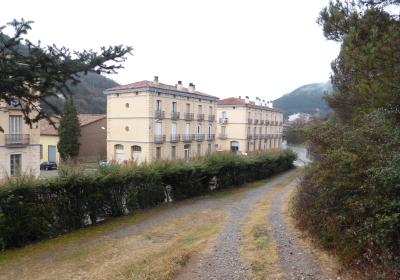 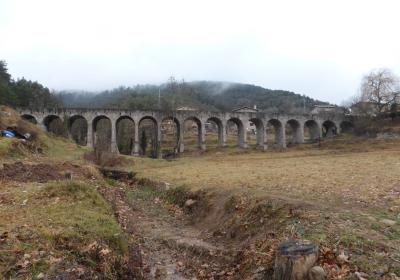 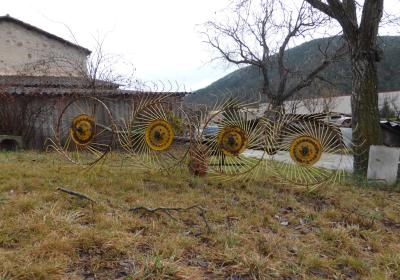 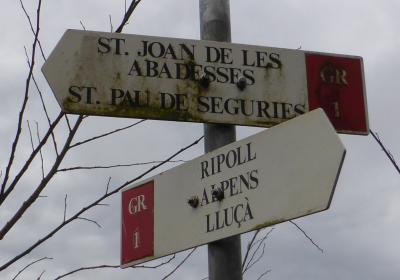 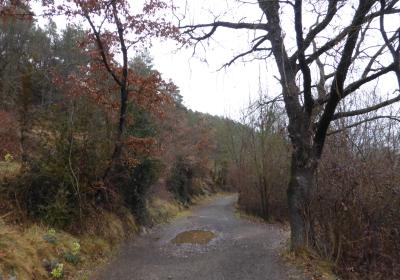 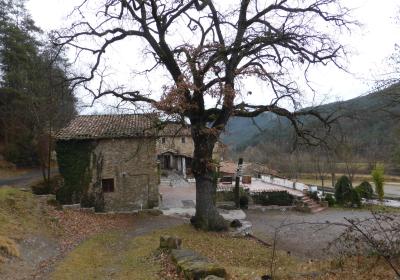 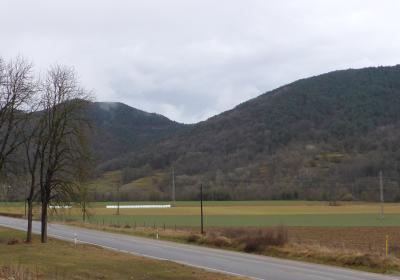 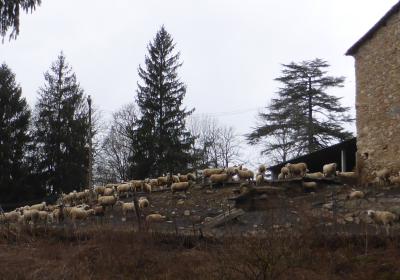 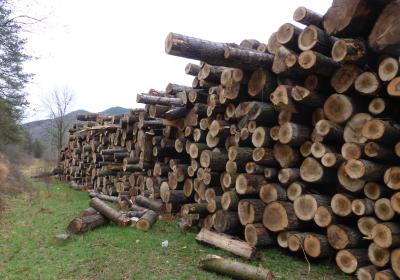 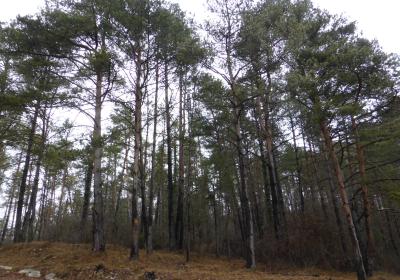 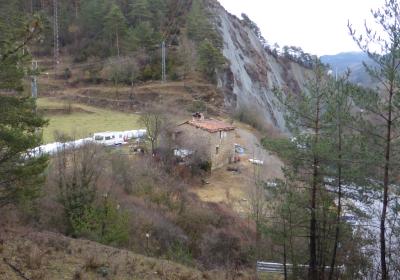 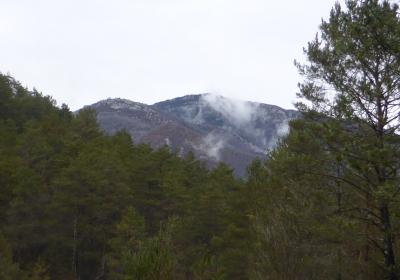 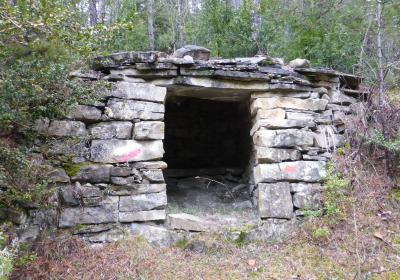 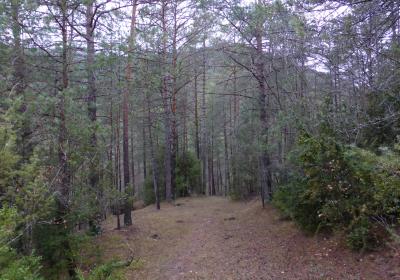 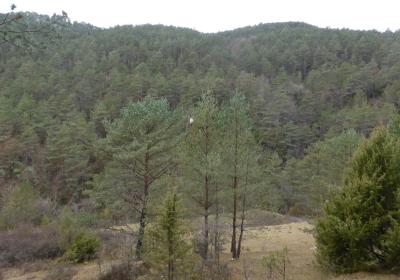